In both the U.S. and Canada, housing affordability continues to worsen, with the most recent data finding that Canadian households would need to spend 48.6% of their annual income to pay the mortgage of an average home, and that to afford the median U.S. home price, American households would need to double their income - and then some. Worse yet, to come up with a downpayment for a typical non-condo starter-home, it’s estimated that median households in both countries would need to save at least 10% of their income for decades: on average 36 years in Canada, and more than 25 years in the U.S..

Fueled by record low stock, high demand, and other factors like restrictive land use regulations and lengthy permit approvals, housing continues to grow more and more unaffordable, and as such, the dream of owning a home has become out of reach for many.

Canada, especially, has the lowest average housing supply per capita among the G7, with 424 units per 1,000 people - well below the collective average of 471, and slightly below the U.S. average of 427 (Figure 1). To catch up, the country will need to build 1.8 million dwellings to be on-par with the G7, and 99,000 dwellings to reach the U.S. 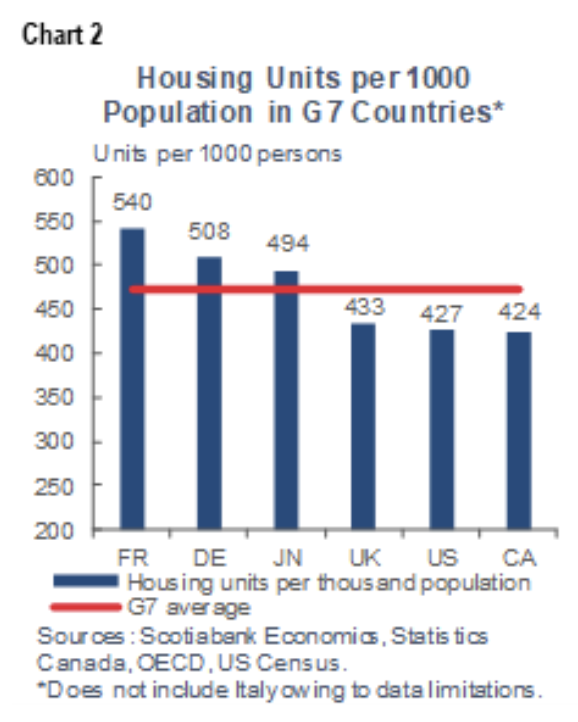 Similarly, despite the country’s slightly better standing among the G7 compared to Canada, the U.S. housing supply is at record lows and shows little signs of improvement. Since 2001, the National Association of Realtors estimates the ‘underbuilding gap’ to be between 5.5 to 6.8 million units, most lacking of which are entry-level single-family homes most often sought by first-time buyers (Figure 2). 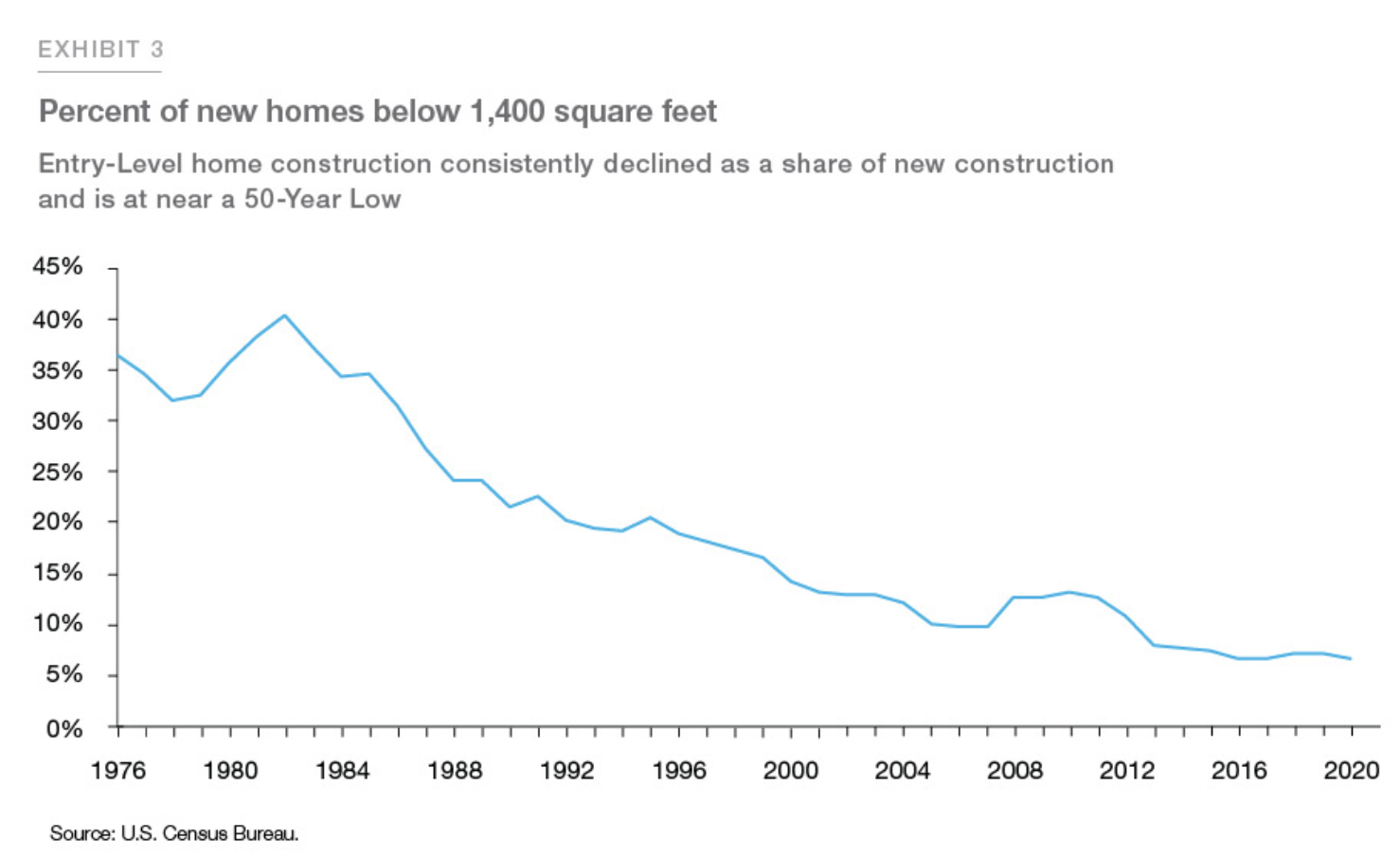 The solution? Well, it’s complicated, and there’s no single magical fix. Rather, there are many solutions and actions to be taken at all levels of government, including arguably the easiest way to get more homes built: improving and expediting the land use and building permit approvals process with technology.

What’s Driving the Housing Crunch & How to Address It

There are many drivers of the affordability crisis - land use and zoning restrictions, outdated policies, and ‘not in my backyard’ sentiments to name a few - but ultimately, according to an analysis by FreddieMac, the main driver has been the long-term decline in the construction of single-family homes, with the biggest decrease being in the supply of starter homes, which are the most in-demand.

To put it into perspective, in the U.S., it’s estimated that in 2020, there were only 65,000 new entry-level homes completed, which is less than one-fifth the number of entry-level homes completed in the late 70’s and early 80’s. Meanwhile, in Canada, although the pace of housing construction has picked up, the number of housing starts in 2021 remained insufficient, reaching a similar level to when Canada’s population was half of what it is today. So, what gives?

According to home builders, slow and arduous permitting and development approvals are largely to blame.

In a survey sent to the top 200 single-family builders, 25 largest multifamily builders, and top 10 builders in each of the top 50 metro markets in the U.S., both single-family and multi-family builders listed the building permit approvals process as their #1 and #2 concerns respectively, expressing that regulatory barriers and delays add considerably to the cost of building a home. Then you add in prohibitive land use policies and zoning regulations that can delay construction further, and builders’ costs increase even more.

For developers, saving time saves money, and so the longer construction is delayed, the more costs they face. Some may even opt to avoid developing in certain areas if permit approvals are too slow, or zoning regulations too strict. At the very least, almost all developers will be disincentivized to build affordable homes due to already razor thin margins. To this end, ensuring that building permit approvals are timely and efficient is a critical step to getting more homes built.

As the National Association of Realtors put it, to advance housing affordability, “expedited permitting processes should be a major facet of regulatory reform at the municipal level, [as] with faster approval times, developers could produce housing more consistently, which [could potentially] lower construction costs [over time], and [in turn], housing costs, [too].”

To do this, governments can invest in building permit software that streamlines the end-to-end permit approvals process, and has the potential to speed up the time it takes to issue a permit by at least 50% or more. This would not only help developers by getting rid of overly costly and difficult permitting processes, but also staff who deal with permit backlogs and slow workflows, and every day citizens seeking a permit for a renovation or new build.

Here’s how it can help:

Now, by no means is accelerating permit approvals with technology going to solve the affordability crisis on its own, but at the very least it can help builders fast-track new home construction to boost our dwindling supply. Ultimately, the right permit software can help governments approve new homes and developments quicker by eliminating manual regulatory processes, and making each step in the permit issuance process easier and quicker to complete. Offering the capabilities necessary to make the permitting process 100% digital, governments can provide fully transparent online services to citizens and developers, and empower staff with the technology they need to more easily get their job done.