In support of Clariti’s continued work to provide the most effortless permitting and licensing experience for governments and their constituents, the company is thrilled to announce the addition of Steve Ressler to the team as a Strategic Advisor. Steve joins almost two years after Clariti, formerly BasicGov, received growth investment from Explora Partners. An esteemed Govtech and SaaS advisor with close to two decades of leadership experience, Steve will work closely with the leadership team to support continued growth, and to scale Clariti’s work with state and local governments across North America to deliver exceptional citizen experiences. 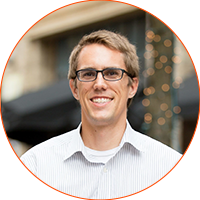 “Having gotten to know Jake and Cyrus over the last year, I’ve been really impressed with their vision for Clariti, and the direction they’re taking the company as Co-CEO’s. Their energy and passion for improving public service is clear, and I’m excited to be a part of the next phase of Clariti’s journey.”

A self-professed ‘serial entrepreneur’, Steve has helped establish three successful Govtech businesses, including Govloop.com, the largest online community of public servants with more than 250,000 members. He has also served in multiple leadership roles at successful Govtech companies, including as CMO of Granicus, the largest digital communication and meeting efficiency platform in government, and as President of Callyo, the largest mobile communication SaaS platform for public safety officials that was acquired by Motorola Solutions in 2020.

In joining Clariti as a Strategic Advisor, Steve adds more than 20 years of govtech experience to the team, bolstering the group’s already extensive experience in the space. He joins following 5 recent additions to the leadership team - Ani Achugbue, Senior Director of Product; Deneen Pyle-Tercan, Senior Director of Professional Services; Jeremy Bosch, Senior Director of Marketing; Megan MacQuarrie, Director of People and Talent; and Scott Neufeld, Vice President of Sales. Collectively, the group has worked with thousands of governments across North America to solve challenges with technology, with an extensive track-record of building best-in-class solutions for government.

“Steve is an incredibly valuable addition to the team, bringing extensive experience in the GovTech and SaaS space. He cares deeply about supporting Clariti’s work to help governments deliver exceptional citizen experiences, and we couldn’t be more excited to embark on this next chapter working together.”

Steve joins at an exciting time for Clariti, with a number of recent additions to the leadership team, growth in revenue, and recently announced partnership with the City of Santa Ana to move their building permitting services online. Heading into 2022, the company is primed for another record year, on-track to achieve both 50%+ revenue growth and a 50%+ increase in the number of employees under the ownership of Explora Partners.