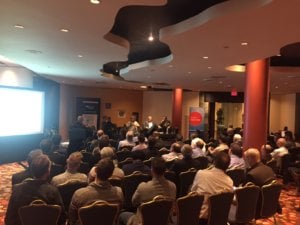 [October 17, 2017 - Vancouver, BC] Michael Togyi, President and CEO of BasicGov, was recently invited to speak on a panel at ACETECH’s CEO Speaker Series  on October 17th.  Along with several other CEO’s at the Pinnacle Hotel Harbourfront in downtown Vancouver, Michael shared some of his defining moments of leadership in his career.

The following is an edited transcript of a brief interview conducted internally with Michael to find out what made him the leader he is today.

Q: Can you name a person who has had a tremendous impact on you as a leader? Why and how did this person impact your life?

A: Definitely my dad. He’s an eastern European immigrant who came from very little. Aside from the 17 members that he had to take care of, he was also the mayor of my hometown, Fort St. James.  His position as mayor sparked my interest in the public sector at a very young age.

Q: So how did your father influence your leadership style today?

A: My leadership style is heavily influenced by the way my dad managed the whole town with patience and dignity.  Of course, there were always some people who would react negatively to the decisions my dad made, but he always handled these problems with grace. I learned that being a leader isn’t about being popular. As a leader, your decision may not always be popular but you must ensure that it is the right and best decision.

"It is difficult to admit that you don’t know what you’re doing sometimes, but it is an important leadership-skill to possess." 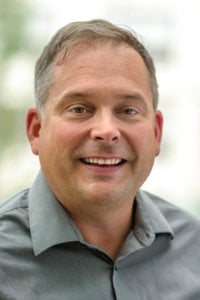 Q: What is one characteristic that you believe every successful leader should possess?

A: Humbleness. In order to allow teams around you to grow and be successful, you have to accept that those teams might eventually know more than you do. It is not easy being humble as a leader.

Q: And have you ever struggled with being humble?

A: I have struggled with maintaining a healthy balance between being confident and humble. As a CEO, it can be easy to become over-confident when you want to convince your employees that you always know what you are doing. But I think that being a successful leader means that you have to be confident in your decisions and actions, but at the same time you have to do so with humbleness. It is difficult to admit that you don’t know what you’re doing sometimes, but it is an important leadership-skill to possess.

At BasicGov, our purpose and core values guide our product innovation and dedication to deliver excellence. Starting in 1985, our former parent company (Municipal Solutions Group) was founded by government employees who believed that permitting and licensing could be automated through software. What began as an on-premise solution that grew to supporting over 300 customers we realized the potential in ‘cloud technology.’ By the early 2000s, we created the only permitting and licensing solution to be hosted on the Force.com platform from Salesforce , the World’s Most Innovative Company*.  In 2006, we were split from our parent company and BasicGov became a stand alone entity that still offers a cloud-based COTS solution with modules for Licensing, Inspections, Planning, Permitting, Code Enforcement, Fund Accounting, and Payment/Billing Management on the Salesforce cloud platform.

*Forbes Annual List of the World's Most Innovative Companies